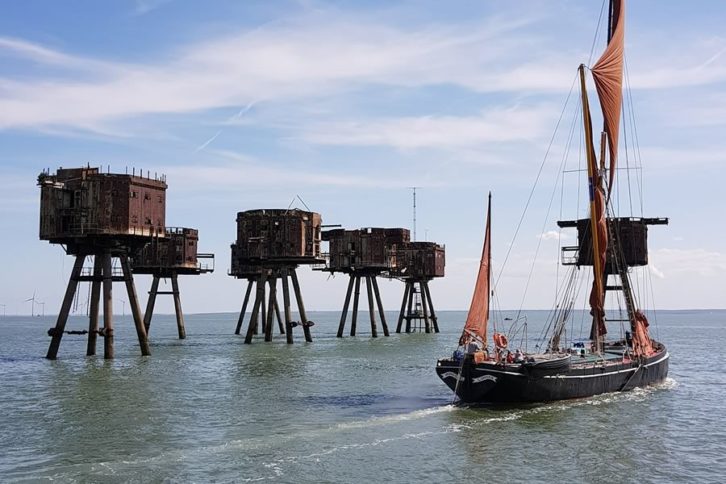 Sailing past the Maunsell Forts

From Ironsides, sailing past the Maunsell Forts on the Thames estuary gave you a great incite into what they were there for.

Thanks to Ironsides Sailing Barge for letting me hire out the Barge as a venue for my 21st birthday. It managed to add something different to my party and my friends really enjoyed being on the boat…

Me and my family had a wonderful time on Ironsides Barge, sailing up and down the River Medway. They day was very sunny and the crew were very informative and helpful. Thanks for the experience, will have to do again soon…