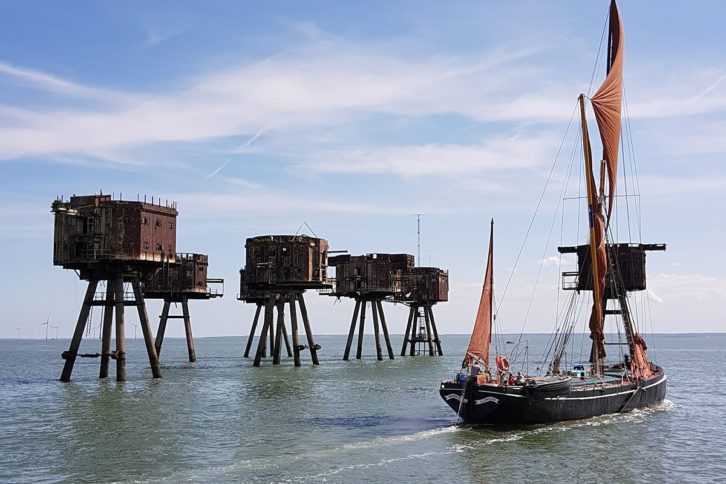 A great view sailing past the Maunsell Forts

From Ironsides, sailing past the Maunsell Forts on the Thames estuary gave you a great incite into what they were there for.