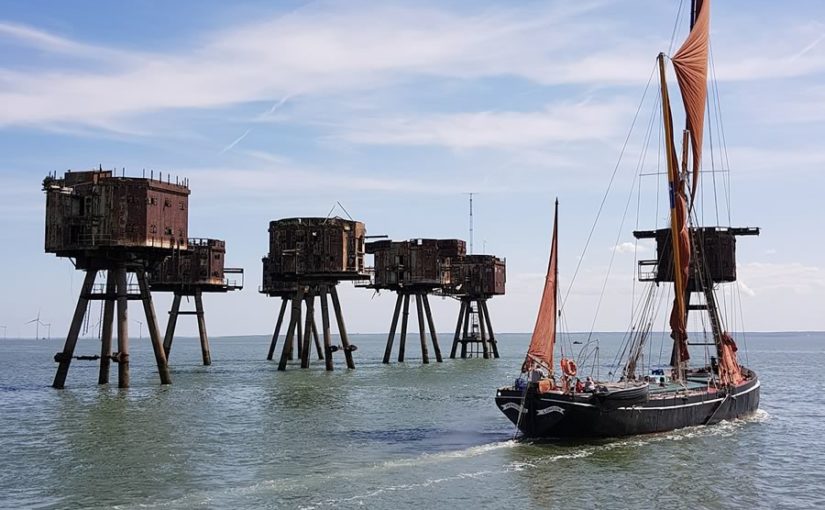 A great view sailing past the Maunsell Forts on the Thames estuary.